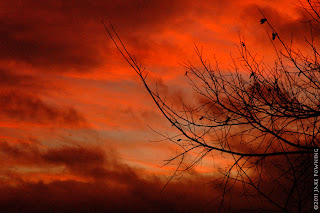 I rise before the sun, the scratchy radio voices catalog what bad things have happened in the world while I slept.  But the world tells a different story– out the old farmhouse window the dawn blooms impossible colours against the somnabulant landscape. 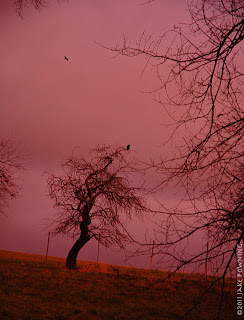 Two ravens sit warily in the orchard on the lower slopes of the hill, the world is pink as the ravens talk to each other and fly off. 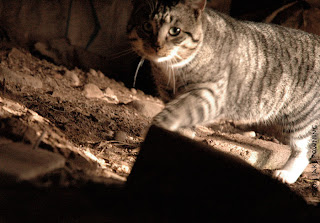 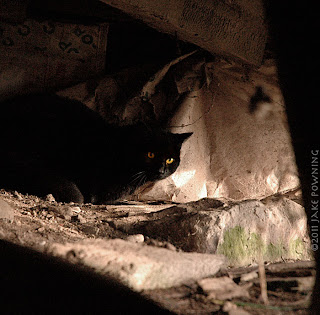 Under the front porch two feral buck cats vie for territory, sleek and well fed, there are few mice to be found around the old farm.

In the shop I am working on a pattern welded viking sword with carvings in the Mammen Style. This is a type of ornamentation from 10th century Denmark which combines gripping beasts with spiral hips and wings which loop and intertwine with decorative dots. 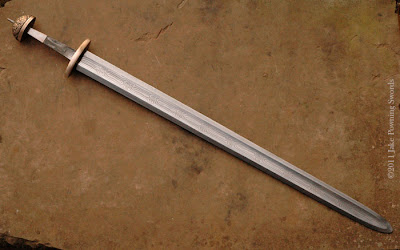 This is the second sword I will finish from the batch of pattern welding which I have cataloged on this blog since last winter. 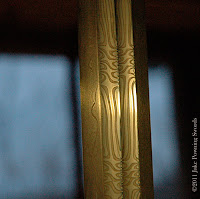 Here you can see the pattern in the steel created by the process of pattern welding. The edge is seven hundred layers of folded steel and the center is constructed from two bars of nine layer steel which have been twisted to mirror each other. 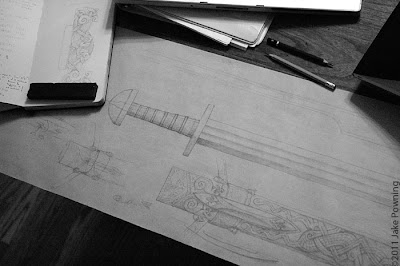 Before constructing the hilt and scabbard I start by drawing a full scale concept design of the sword and work out the details of how it will be suspended from the belt and what design motifs I will explore. 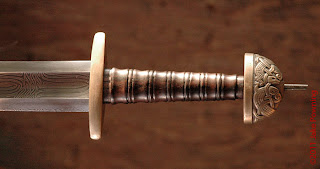 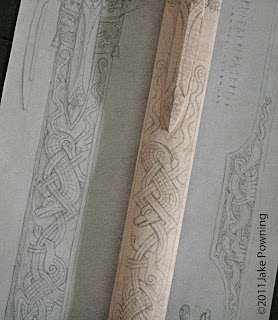 The scabbard is shaped and fit to the blade with a sheep skin lining, and now I draw the pattern I have designed onto it.  This pattern is inspired by a stone which I photographed at the Victoria and Albert museum in London. 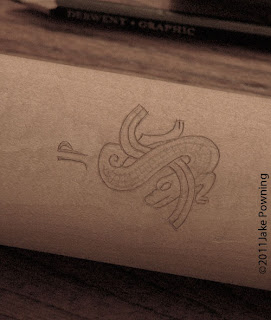 I begin to carve by cutting the pattern in with a scew chisel, shaped like a sharp triangle with an acute point; I cut the lines in for a touch-mark on the back of the scabbard. 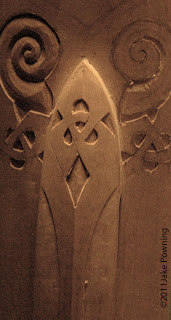 I carve the background out and begin to round the lines of the spirals and cords. slowly the pattern emerges over eight days of carving. 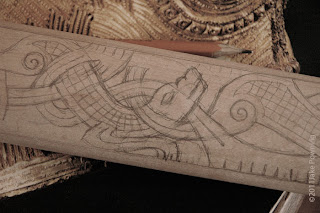 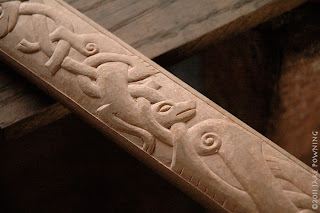 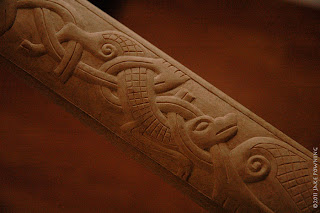 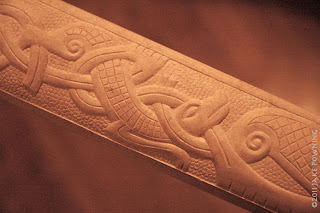 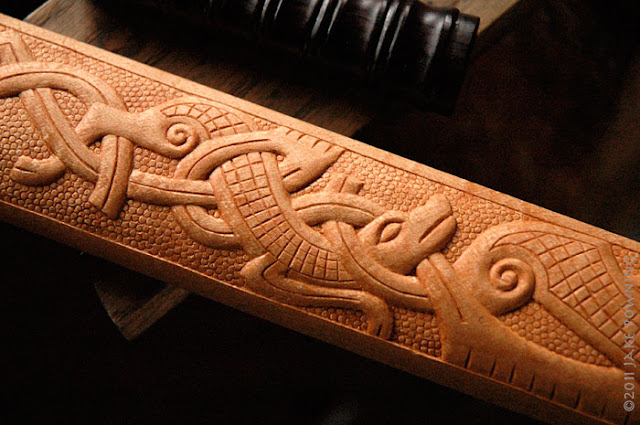 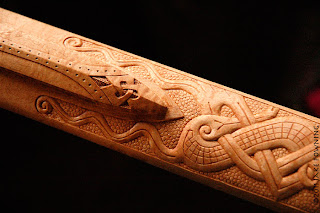 Finally I rub it with warm linseed oil and the figure in the beautiful rock maple jumps into relief adding an extra dimension to the carving which shimmers and changes when moved in the light.

…
I walk up the old hill behind the farm. The landscape is skewbald with snow, a white and brown patchwork, dusk already in the afternoon. Winters smell hangs on the air, crisp, bittersweet. 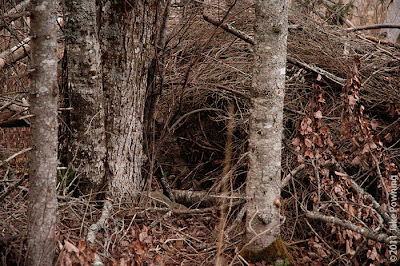 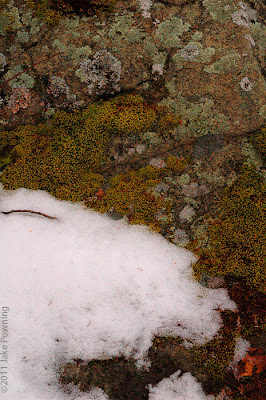 Lichen moss and snow are the stones winter clothes. 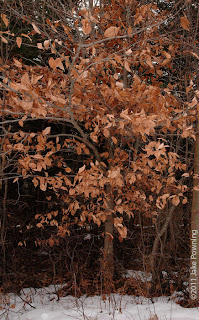 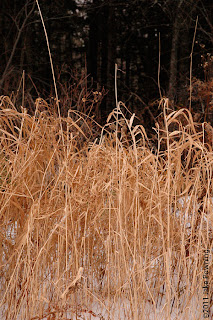 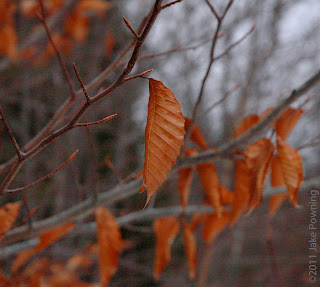 The beech trees hold their leaves all winter, they rattle in the wind.  Yellow grass against the dark forest. The hillside is full of grim beauty. Now it is time to light a fire in the kitchen, cast bronze in the foundry and write winter stories in the dim light.