Musings Questing Under the Moon

Questing Under the Moon 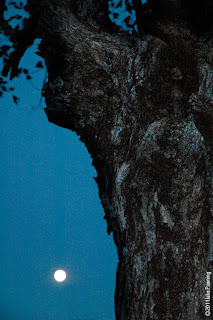 The Year wanes; leaves wither and go dancing off into the land of moldering and glimmering bone colours.  Work is coming together after the many distractions and events of short summer.

Since I was a young boy, I have drawn dragons. 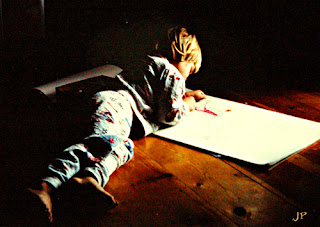 There is something alluring about an inhuman intelligence, capable of human emotion and foibles, manifest in a powerful form, representing ancient human fears of the forgotten predator.

Over the last several years my perpetual study of Celtic and Germanic mythology has strayed into the strange land of mythological fear.  We are afraid of death, the unknown and also some things that we can’t articulate. It seems like we have ancient memories of being prey and we weave this into our stories and our myths. In order to create a great hero one must create a truly frightening enemy;  and this is where our wonderous and malevolent western dragon comes in. The gate keeper of the western mysteries, greedy horder of gold, whose heart contains the secrets of the natural world and arcane knowledge.  In the story of Sigurd and Fafnir, when Sigurd the dragon slayer cooks the heart of the slain Fafnir and accidentally tastes the juices of the heart on his finger, he can suddenly understand the language of birds.  This is similar to several other stories about hero initiations from Celtic mythology – Finn who gains all the wisdom in the world from tasting the cooked juices of a magic salmon and Taliesin who finds prophetic poetic wisdom when he accidentally tastes three drops from the magic cauldron of Ceridwen.

The story of the dragon slayer is about overcoming fear in order to gain wisdom.  It is also a compelling story of a lesser power overcoming a seemingly indomitable power through strength and intent. 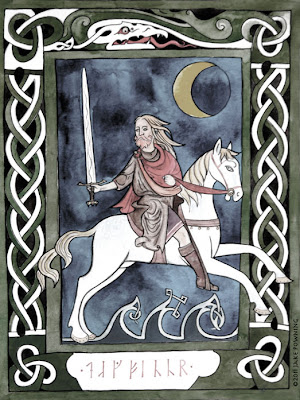 The dragon slayer must have a magic sword forged in a secret manner in the forest, which can bring the mysteries of earth and fire to help him in his quest, and he must have a brave steed as a companion. Then he must undertake the perilous journey, which inevitably leads him through the backwards lands, into the chancy country of myth and symbol where our fears become manifest. 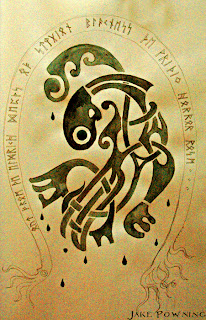 The tribal northern Europeans loved dragons. These are my interpretations of two images from ceremonial jewellery from the early Viking Age. The twisting almost human creatures may be one of the ways the early Scandinavians represented dragons and trolls, those frightening changeling creatures that haunt the edge of dreams and the places between the settled reality of cot and farm and the uncertain wilderness of robber, wolf and ghoul.

Our hero must confer with the spirits of his ancestors and petition the land spirits for help before he sets out on his quest.   He goes to the ancient stones on the wild hilltop under the cold starlight and sits in silent contemplation over his sword, to ready his mind and prepare to travel into the other lands where the dragon hoards its power. 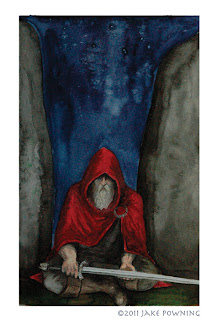 Then he sets out, leaving his helpers behind, all but one, his magic sword, until he is on foot in a wild rocky country of stunted trees and twisted stone.

Even the bravest may not succeed in their quest, or may find they are not equal to the task. Having travelled through the barren lands and found the lair, it may be that they have only brought the Wyrm a morsel of fresh hope — to devour, shaken and broken like a cat-caught song bird, their quest and intent heaped on the hoard with the dragon’s other playthings. 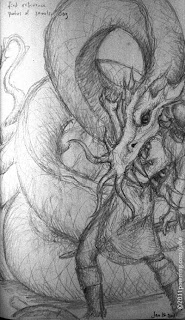 The stout-hearted hero, who travels through the land of dream without faltering or becoming distracted by phantasm or falling prey to the many pitfalls in the land beyond the bramble hedge, may brave through and capture the dragon’s heart.  But remember, some dragons were once men, whose greed changed them until they became horrible and violent, and hoarded their knowledge like gold on the heath mound. 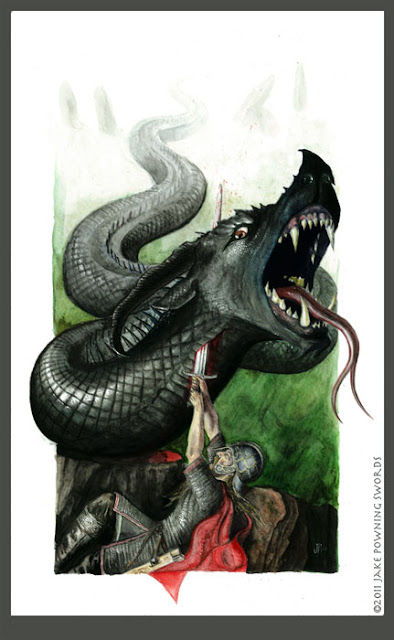