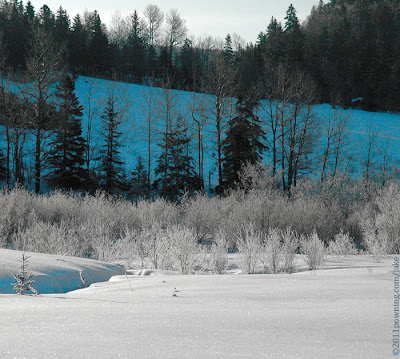 Snow falls on snow, then more snow falls.  Somewhere in the forested hills the bear sow and her cubs hibernate and the moose shifts about in his winter yard. It is snowshoe weather, too deep for skis.  I spent the day yesterday shoveling the snow from the roof of my shop.  Deep in their mazy hearts, trees scent spring and red buds emerge under the crushing silent white dunes. 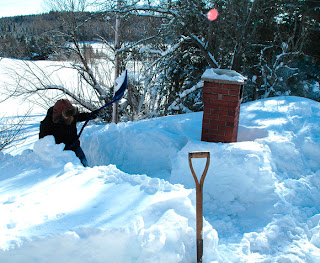 Work has been slow since the Yule holiday, a sickness in the family has changed the shape of my days, but the swords progress.  I consolidate the welds and forge the profile shapes into the blades.  Once they are forged I normalize them to relieve the stress in the blades from welding by heating the whole blade up in a long forge and then letting it cool. 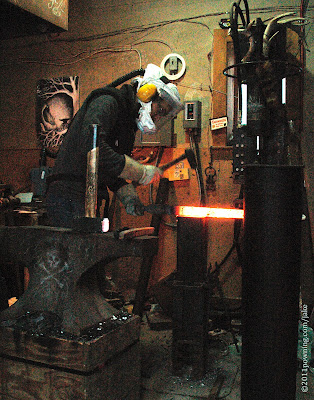 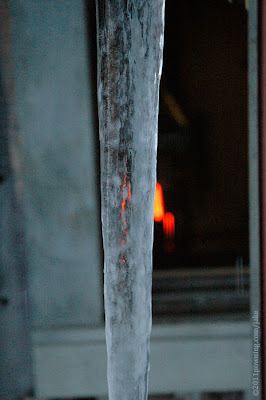 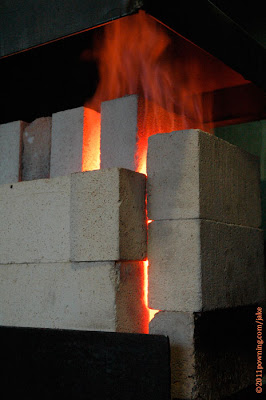 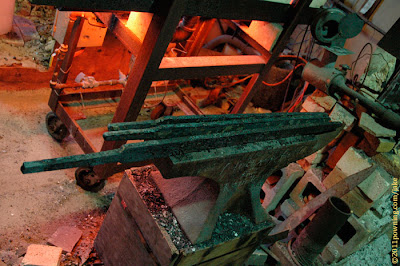 The next step is to establish the final shape of the blades on the grinder before I harden them. 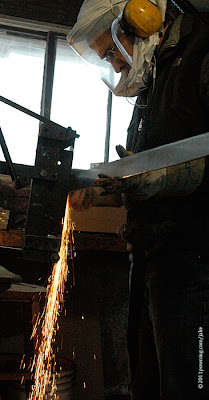 They are coming closer and closer to their final weight and proportion, and the hilt designs begin to bubble up in my imagination. Soon they will cross the invisible line between the potential and the real.  One can never call a blade a sword until it has survived being hardened. This is done by heating the blade up to the cadmium hued temperature where it’s molecules turn into a latent structure called austenite and then plunging it into a quenching solution, oil or water or liquid nitrate salts.  Cooling it from austenite very quickly causes the molecules in the steel to turn into a very hard crystalline structure called martensite. After they are hard, the blades will be tempered by bringing them up again to a mild heat and leaving them there for a period of time, this relieves the brittleness in the steel so that the swords are flexible but also hard.
When a blade is hardened it seems to change, it feels more alive somehow.  It quivers in a different way when moved quickly, and rings a long sustained note if tapped with a piece of metal.
But for now I am still grinding and shaping.  Storms blow through one after another changing the landscape of the snow; each day brings longer light and even among the snow world the smells of spruce and maple and birch begin to announce the slow waking of the northern spring. 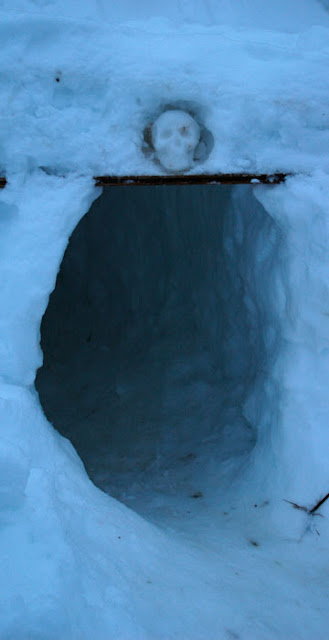